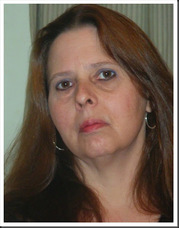 In 2003 I started my quest for knowledge regarding Cannabis and Medical Cannabis.  I had previously raised two daughters and was taking care of my parents.  In 2001 shortly before my Father's death he had called me and asked me if I could get him "a little pot" (at 84 years old) because he thought "It might make me feel better".  Because I did not know anything about the usage of Medical Cannabis I was afraid to let him have it.  I have regretted that decision since then, but at the time I knew no better.

In 2005 I met Ms. Tonya Davis and accompanied her to a few meetings and festivals in Ohio.  There I met Lynne Wilson and also Rev. Mary Thomas Spears who has become my closest friend since then.

I remember asking Tonya Davis in 2005 if there was a political way to beat the beast so to speak, and asked her about REPEAL but at the time most people were in to legalization.

I went home, looked up the U.S. Marijuana Party and made a phone call to Richard Rawlings.  I had posted on the then ky.usmjparty.com but it had been taken down right before I contacted him and in fact that was my reason for calling, to find out what had happened to Kentucky.

It so happened that this was about the same time as the inquiry into Marc Emery was being made by the U.S. DEA for shipping Cannabis seeds by mail to the U.S.  At the time I knew nothing about what was going on.

Richard put the Kentucky site back up and gave me Administrator status over it.  That was the beginning of my journey with the U.S. Marijuana Party.

From the beginning I was a "Repealer" and posted as such on the Kentucky site.  But it would be a number of years before the Party itself crossed over to being a true repeal group.

About 20 or more States were lost after Marc Emery was indicted.  I stayed on.

Eventually in 2010 Richard offered me V.P. status which I hesitantly accepted because I never wanted to be a politician.  I had thought that it was just not my line of work so to speak.  However, I did accept and we continued on with the USMjParty even though there was no income to be had for doing it.  It was a passion and a way of life not one to collect funds from.

In 2011 Richard started to become ill and by the later part of 2011 I was forced into making a decision I did not want to make but it was part of the job.  I called Bill Chengelis who was the Colorado Chair at the time and asked him to take Richard's place as Head Chairman of the USMjParty.  I would remain on as the Kentucky Chair until the position could be filled by someone else - but that never happened.

By 2012 Richard was diagnosed with Stage IV Cancer and we stayed together until his death in February 2013.  He left me with all of his websites and the USMjParty.

I definitely did not want to be Head Chair so I decided that I would change my position, considering what I had been left, with to Organizer and Kentucky Chair of the USMjParty.

Since then I have focused around all the other people who have came into the USMjParty as State Chairs and helped to maintain the Social Networking and other activities which they engage in.  I also maintain the websites.

REPEAL is the only path to true freedom of this plant.  If we let legalization and CSA Schedule II take it over we have lost the war for the common person who wishes to grow their own on their own property without taxation.

We are "FIGHTING FOR THE FREEDOM FROM PROHIBITION OF YOUR FREEDOM'S!"

Create your own unique website with customizable templates.
View My Stats